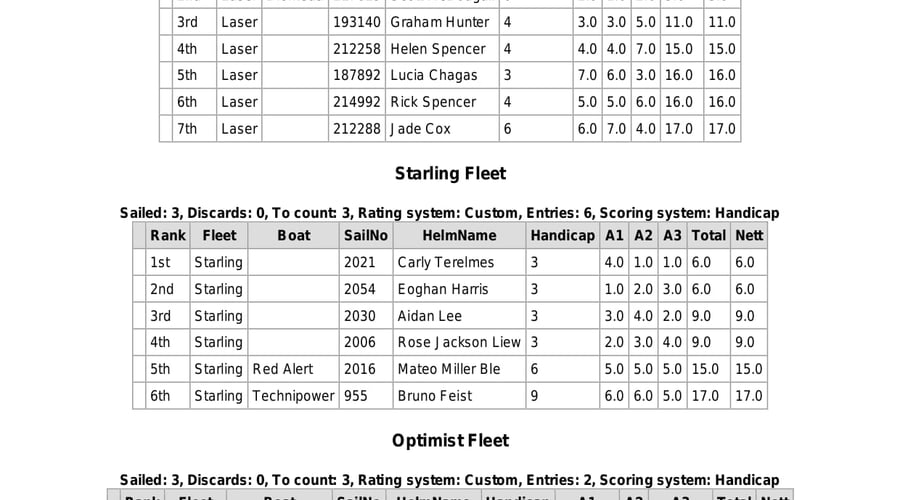 Some hardy souls took on the forecast and sailed the first day of the A Series. We had sun, we had rain, we had calm, we had wind. We had a reasonable numbers of Starlings and Lasers. Three Zephyrs sailed meaning they just managed a fleet, including the elusive Phantom. A well named boat because we don't see it often. John E must have known it was going to rain and didn't rig so there were only two 3.7s out (maybe he should get a Zephyr - don't do rain, don't do cold, don't do northerlies .....). Only a couple of sailors in the Optimists, and a single P Class rounded out the competitor list. The numbers and keeness at Learn to Sail should translate to more Opti's racing later in the season. Hopefully conditions for day 2 of the A Series will be more inviting.